Yesterday, our junior exploration investment Pantera Minerals (ASX:PFE) announced its maiden drill event in the north of WA will start next week.

PFE will be drilling 5 diamond drill holes targeting an outcropping of hematite (iron ore) mineralisation that is interpreted to sit on the contact of the “Yampi Formation” - hopefully that outcropping points to deeper mineralisation...

PFE has announced approval of its Program of Works, detailing the next steps for its Yampi Iron Ore Project. PFE’s iron ore project is next door and along strike from Australia’s highest grade direct shipping ore hematite mine, the $550M capped Mt Gibson’s Koolan Island in Western Australia.

We participated in PFE’s IPO to raise $7M at 20 cents per share back in early August.

We like PFE’s main asset - it is a barely explored, potential high-grade and high-tonnage iron ore exploration project in WA, located just kilometres from Mt Gibson Iron’s existing infrastructure on nearby Koolan Island.

We also like that PFE’s maiden drilling programme has arrived so soon after listing, which could deliver a market re-rate on success. PFE also has a few other WA exploration assets which it can work up in the future to add value.

With the $7M IPO completed, PFE has plenty of funds to execute its exploration strategy. We will get our next look at PFE’s current cash balance in the quarterly report due at the end of this month.

As an early stage explorer, PFE is a high-risk, high-reward play. We’re hopeful that the company can find out more about the mineralisation at Yampi through this upcoming drilling campaign. Ultimately we think if PFE can prove up a decent resource, PFE could be appealing for a producer to acquire.

With an enterprise value of under ~$15M, we believe there is plenty of upside should the rigs encounter more hematite (iron ore) in the coming weeks.

Our investment strategy for early stage explorers like PFE is to invest early and wait out the months of pre-drill prep work, top slice (sell a small portion) into the drilling campaign and hold a position through the first batch of results.

PFE has been a lot faster than usual to get to drilling. Our plan is to sell about 20% of our total position over the next three months if the PFE price runs up during the first drilling campaign, holding the rest of our position for the first 5 drill results and beyond into PFE’s next program of drilling work.

We think PFE’s chances of success are better than your typical explorer, we covered this in more detail in our original report when we added PFE to our portfolio a few months ago, but here is a quick summary:

Always keep in mind that exploration investing is risky and only invest what you are comfortable to lose. 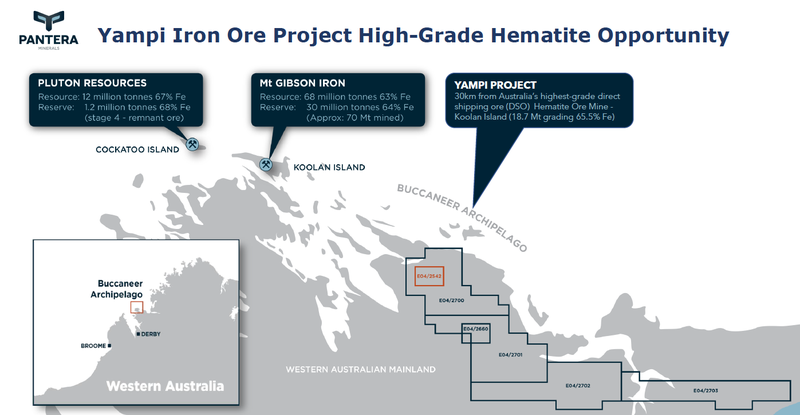 So let’s unpack the announcement in more depth.

Yesterday PFE provided details of its approved Program of Works for its Yampi project, opening the lid to how they can determine the real potential for their flagship asset.

Firstly, what caught our attention within their announcement was the image of the much awaited bespoke, heli-portable diamond rig. The rig has been commissioned, and is now in Derby, about 140km south of Yampi, awaiting mobilsation to site. 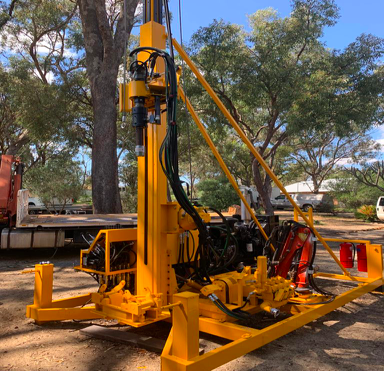 Sometime next week, we anticipate the rig to arrive on site, and this is where the real action begins.

We will be putting pressure on the company management to provide a video of the helicopter dropping the rig onto site - here is our last PFE article where we comment on the heli-rig process.

Five holes are initially planned, to determine if the geology and high grade from surface sampling exists at depth. The program will also provide samples for metallurgical test work, to see if Yampi is consistent with that of the nearby Koolan Island ore - rock-chip geochemistry already confirms the potential for beneficiable ore and possible direct shipping ore (DSO).

All up, we are looking at a 6 week programme incorporating the drilling. Then we expect it will take another 8 weeks for the labs to return the assay results. So by late January, we should have initial drill results, providing a clearer idea of just what PFE has in its hands at Yampi.

Depending on the grade and consistency of the assay results, PFE would be looking at options ranging from an initial resource (outsized result, best case), exploration target (good result, probably the most likely scenario) through to moose pasture (equals nothing. Worse case).

We think PFE will need to run many more drill programs to gain a really solid understanding of the mineralisation before a discovery success.

As you can tell, we like the asset, but what about the people behind unlocking its potential.

We like that PFE’s Head of Exploration is Nick Payne. Nick has worked for large multinationals such as BHP and AngloGold, but arguably of most significance is his previous role as senior exploration geologist and exploration manager for Mount Gibson Iron Ltd, where he was responsible for exploration at the Koolan Island Iron Ore Project.

Yes - the same project just up the road from Yampi. There are not many people better equipped, with his local geological knowledge and experience, to head PFE’s exploration campaign than Nick.

Leading PFE’s management team as CEO is Matthew Hansen — one of the first indigenous Australian chief executives of an ASX company. Hansen has been instrumental in the progress of large companies across multiple commodities, including Australia’s largest gold producer in Northern Star Resources as well as nickel miner Western Areas. As a lawyer who has completed in-house roles with Newmont and Rio Tinto, Hansen has vast experience in areas such as indigenous affairs and native title, as well as broader regulatory requirements. He has worked on both sides of the table, negotiating on behalf of traditional owners and representing mining companies.

On that note, we liked hearing from the team that a good relationship with the land’s traditional owners has already been established.

As for the market, iron ore spot prices are north of US$135/t at present, enjoying a 45% climb over the past 3 weeks. It has been quite a volatile ride for this key steel input - breaking all-time records in May when spot prices exceeded US$230/t, then sinking to a 14-month low of US$93/t last month - and now heading back up again.

China’s steel production caps and the recent Evergrande debt crisis has eroded some confidence for iron ore demand growth of late, as has the view that China may want to slow steel production ahead of next year’s Winter Olympics to inhibit pollution. We believe that the higher grade iron ore devoid of impurities will be preferred as China’s long-term steel input of choice, which bodes well for PFE if they can deliver a resource at Yampi.

Iron ore is wedded to steel production, and this won't be changing anytime soon. That's why we like to have exposure to this commodity via an early stage explorer like PFE.

Here is what we are looking for PFE to achieve in the coming months, along with our investment milestones: 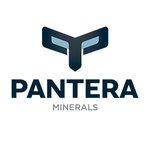