Those of you who follow The Next Mining Boom would know that we have our eyes squarely on Blackham Resources (ASX:BLK) as one of the few companies of its size which offer very real near-term gold production potential.

There are plenty of companies out there on the ASX which have a grand vision of producing gold at some point in time, but with BLK, there’s the very real possibility that it could be producing as early as the second quarter of next year.

With that time fast approaching, shareholders have been responding.

At the time of writing, shares in BLK have gone up a 380% since the start of the year. We first wrote about BLK in May 2015 in the article ASX Junior to Unleash 100koz pa Gold Machine: Funding Now Secured . Since our previous update article just a few weeks back, Fully Funded BLK on Clear Path to Gold Production , BLK has been up as high as 50%:

With plenty of drilling results and a definitive feasibility study due before production, there’s plenty of news flow in the works to give investors even more to chew on

Better yet, BLK is fully funded through to production, meaning it’s unlikely to rattle the tin too much before it starts generating cash for shareholders.

At the same time, BLK is a speculative stock, and investors should seek professional advice before investing.

It could just be a very happy new year for BLK investors...

Better yet it didn’t include the results of recent and upcoming drilling programs in the PFS, meaning that there’s still plenty of upside on mine life yet to come...

It’s a great time to re-introduce: 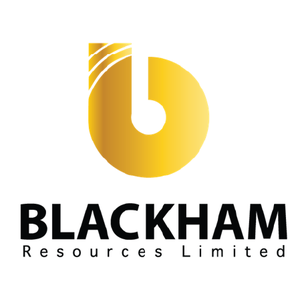 The story so far

For those of you coming late to the Blackham Resources (ASX:BLK) story, we’ll run through what BLK is doing. For those of you familiar with the tale, stick around. It’s a good story anyway and much like a good novel, the BLK story demands a second reading.

The main project on BLK’s plate is the Matilda Gold Project. 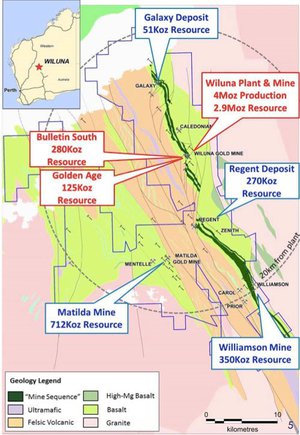 Located in the Northern Yilgarn region of WA, the project is in an area with a regional gold endowment of 40 million ounces of gold – but that’s just what’s been found to date.

The project has been set up as a series of pits around a central processing facility, the Wiluna Gold Plant, which BLK is aiming to get up and running by the end of the second quarter.

When up and running, the plant has nameplate processing capability of 100,000 ounces of gold per year.

Now, you’d think that building a 100,000/oz gold facility would cost an arm or a leg, but thanks to BLK’s canny management, it managed to pick up the facility and the project for a song.

The plant has a value of $150 million, but thanks to a distressed seller BLK was able to pick up the asset for a fraction of that. The plant is currently mothballed, but just needs a bit of tender loving care to get up to scratch.

Remember, BLK is fully funded through to production.

The plan is to process the ores dug up using a low risk few milling process – namely crush, grind, gravity, and CIL.

At the moment, BLK is beavering away on the sums, folding a raft of recent drilling results into a Definitive Feasibility Study (DFS) which should outline the project economics.

However, it’s just wrapped up work on a Pre-Feasibility Study (PFS) which has already improved the economics of a project which was pretty good to begin with.

The early numbers on the project, again without the latest round of drilling – make for good reading. 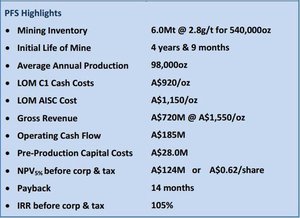 The numbers, have had analysts running the rule over BLK with Analyst Adam Kiley from The Sophisticated Investor recent lifting its valuation from 40c per share to 46c per share on the back of the PFS. That’s a 120% gain from today’s BLK share price. At the same time, analysts can get things wrong, so this valuation may not eventuate.

A DFS would provide a touch more certainty on the subject.

Given the pre-production capex on the project is only $28 million, payback is slated to happen within just 14 months of production...

In fact, the internal rate of return is scheduled to be 105% and NPV is over 4 times the amount of the capex demonstrating to robust economics on the project.

The big story to emerge from the PFS however was an extension of mine life.

That’s a great result on its own, but it doesn’t take into account the recent drilling BLK has been doing to firm up its resource.

When these are folded into the DFS at the end of the year, there’s no telling how long the mine could last...

The PFS also demonstrated that BLK is doing well in upping its mineral resource from its scoping study mineral inventory into the PFS mining inventory.

It now has a mining inventory of 6Mt of ore for 540,000oz over the project’s initial mine life.

This is a boost of 80,000oz from the Scoping study, meaning in that nine months it’s managed to add on 14%.

Just imagine what the addition of the recent drilling results will do...

Currently, the entire Matilda Gold Project has a measured, indicated, and inferred resource of 44 million tonnes of ore at a grade of 3.3% gold – that’s 4.7 million ounces of gold .

The resources come from a swathe of deposits including Galaxy, Matilda, and Golden Age.

Golden Age is shaping up nicely after recent ‘Bonanza’ hits.

The rest of the assay results confirmed the high grade nature of the Golden Age Reef and that the system was still open.

What struck us at the time was a key quote from managing director Bryan Dixon:

“The drilling at Golden Age has confirmed our understanding that this deposit has significantly further high-grade potential, that remains open, and has previously been conservatively modelled,”

These extraordinarily high grade results at Golden Age have not been included in the latest PFS study – and are an upside for the DFS study.

The Matilda deposit is the most advanced of the resources and has a total inferred, indicated, and measured resource of 12.5Mt @1.8 g/t for 712,000oz.

BLK’s plan is to reactivate the open cut mine, dig deeper, and define new zones of mineralisation to target through exploration to keep the Wiluna Plant churning out gold.

It recently told the market that as a result of further drilling at Matilda, it had firmed up a new high-grade lode and extended mineralization at existing pits.

Last month it further firmed up its view of Matilda with another round of drilling identifying a number of extensions that could “expand and add further confidence to the free milling, open pit inventory” .

This included adding further broad high grade mineralisation at the base of the Matilda pits, with hits such as 14.5m @ 6.74g/ t from 163mF confirmed the pit as a source of free-milling high-grade gold to get the Matilda up and going.

Its latest drilling results from Matilda had investors talking, with the spotlight starting to shift to BLK.

Meanwhile, it also recently released a slew of drilling results targeting the bottom of existing mining pits at Matilda.

The upshot, it said, was that the results would likely help merge the M3 and the M4 pits, improving stripping ratios and enhancing the economics of the pits.

Again, BLK continues to keep on doing all the right thing as they advance toward production. 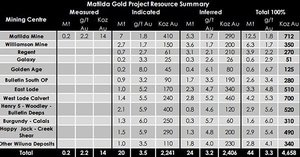 While Matilda will provide the initial free-milling ore to get the Wiluna Gold Plant up and running, the broader project has been envisioned as a staged development, with other mines such as Galaxy, Golden Age, and Williamson coming on stream later in the process.

At the end of August, BLK released the latest drilling results at Galaxy .

That drilling justified BLK’s view that the high-grade Galaxy deposits were shallow in nature, starting from the surface.

This means a lower mining costs to access the ore prior to generating cash flow.

The thing is that none of the above drilling informed the Pre-Feasibility Study, and with the drilling set to be folded into the DFS in January there is significant upside potential in the offing.

However, it is just potential right now, and January will ultimately tell exactly what the DFS holds for BLK.

We’ve previously leant on analysis from State One Stockbroking suggesting that BLK could be ripe for a takeover.

BLK’s latest drilling does very little to dissuade us of that notion...

It estimated the average gold acquisition price in WA in recent times came in at an average of $46 per ounce of gold resource.

BLK has a potential gold resource of 4.7 million ounces of gold, and with a market cap of $43 million (at the time of writing), implying a value of just $9.14/oz.

Compare that with the average transaction value of $46/oz., and BLK really starts to look attractive to bigger players.

It also happens to be sandwiched between two of the most acquisition-hungry players in the WA gold game... 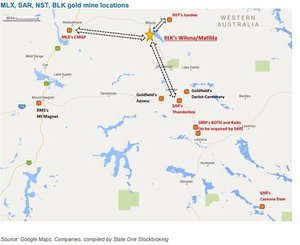 As you can see, it’s right next to Metals X (ASX:MLX), Saracen Minerals (ASX: SAR) and Northern Star (ASX:NST)...

We can’t help but feel BLK is doing everything right at the moment, and evidently shareholders are agreeing with their buy orders.

BLK continues to drill, with its drilling to date – particularly at Matilda and Golden Age – firming up project economics.

The latest drilling has not been folded into its latest estimate of project economics, meaning there’s further upside on the way.

But BLK is still a speculative stock and caution should be applied before investing.

The company has near-term production on offer and should have a regular drilling news flow and a DFS released to the market before production slated for the second quarter of next year.

Normally gold companies either have regular releases of promising drilling information going onto the market OR near-term production it’s getting ready for.

It’s not common of a company to have both. 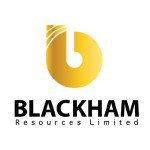 BLK is Australia’s Next Gold Producer