The BIGGEST metals mining region... MULTIPLE Super-Majors. One of THE LARGEST land positions. One “junior” exploration company...? Hold on a second, how does a $14 million company own a dominant land portfolio that would impress even the biggest miners in the world? This company boasts a highly prospective portfolio in one of the most valuable mining regions in Australia. Their goal is to build a regional mining hub – exploiting their flagship, proven JORC high tonnage resource, which will be the central focus. Nearby high grade satellite targets will feed into the central hub, spitting out valuable minerals... and cash into the wallets of investors. Yes – they ALSO own these nearby satellite targets. We think this company is showing “green shoots” of becoming something very big. The goal is to develop the central hub into a low cost, high margin, multi-mine operation. If it doesn’t get taken over first – this company’s assets are circled by cashed up mining majors looking for more minerals to feed their own giant operations. The asset portfolio is sandwiched between mega deposits controlled by mining giants Glencore and BHP, amongst a hive of Chinese takeover activity. In fact the assets sit between the world’s biggest underground mine and the world’s biggest silver mine. The project holds a whopping JORC inferred 30 million tonne resource at 1.3% copper equivalent . Broken down this is 165,000 tonnes of copper, 274,000 ounces of gold. Add 25,000 tonnes of molybdenum in there too. And to add further to the bounty, it all comes with 2.2 million ounces of rhenium – a metal so rare and sought after that miners in Japan dangle by a rope into live volcanoes to pick out tiny scraps with hand tools. At $3.5 million per tonne , we would too... This is no virgin asset – Approximately $30 million has been spent on exploration here already since 2006. They have also seized control of the entire mineralised horizon that surrounds a famed gold mine. We are pleased to present the latest addition to our portfolio: 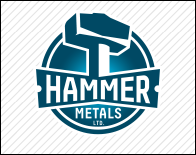 Hammer Metals (ASX:HMX) holds an enormous 1950 km 2 of some of the best mineral ground in the nation – Mt Isa, Queensland. In the Mt Isa region, HMX have a proven resource – the Kalman deposit – which holds 165,000 tonnes of copper, 25,000 tonnes of molybdenum, 274,000 ounces of gold and 2.1 million ounces of rhenium. Big numbers by any standards. The sheer quantity of molybdenum and rare metal rhenium could one day add 6% to global supplies. “HMX” recently underwent a name change and share consolidation, and were previously known as Midas Resources. And HMX’s resources are only going to get bigger – they own multiple prospects within trucking distance ready for drilling. HMX’s goal is to create a central mining hub at Kalman, probably in the order of a 1-2 Mt/year processing facility. As well as the Kalman resource, the mill would be fed by surrounding high grade satellite deposits. From there, nearby railways will send the valuable minerals to market. 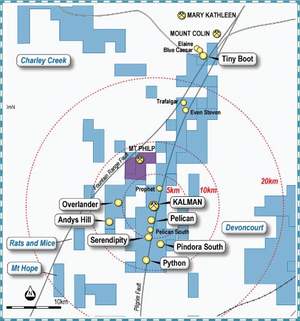 An independent JORC resource estimate by RungePincockMinarco has already shown Kalman as a stand-alone has “good prospects for economic extraction”. If HMX start finding more of the same high grade, near surface metal nearby, the project will be transformed into a low cost, high margin, multi-mine operation. What’s more, Kalman itself is open along strike, at depth – just about everywhere – so it could end up being significantly bigger than it already is. In fact one of the last diamond drill holes in the southern plunge, which is open to the south and at depth intersected: 7.6m at 23.4% Cu, 0.5g/t Au and 20g/t Ag from 581.65m downhole!!! 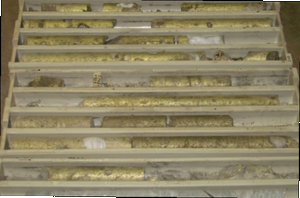 The Mt Isa region produces enormous amounts of copper and gold, in addition to 30% of global lead and zinc supply, and 7% of silver output. Most of that silver comes from one mine – BHP’s Cannington Mine – in 2012 this mine produced the most silver of any mine in the world:

And it’s just down the road from HMX– the HMX tenements are shaded in blue: 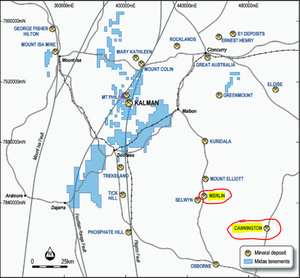 The province also hosts the world’s highest grade molybdenum and rhenium deposit at Merlin – you can see Merlin highlighted above. This was the main prize two Chinese brothers were after when they recently took out Inova Resources for a lazy $160 million:

HMX’s Kalman deposit is just around the corner from Merlin, and not far behind with some of the Molybdenum and Rhenium core of this deposit being spectacular in grade such as: 51m @ .58% Mo and 15.1 g/t Re from 294m – incredibly high grade for these commodities. Have you ever seen a drill core that looks like this before? 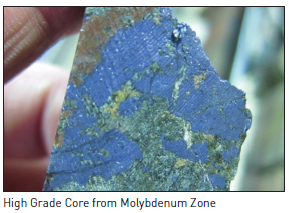 And remember, BHP’s Cannington mine produces the most silver of any mine on the planet:

HMX’s Kalman deposit is around 60 kilometres from Mt Isa, and 80 kilometres from Cannington . And it’s not just BHP and Glencore – we also have Chinalco, CuDeco, Chinova, CST Mining, MMG and CopperChem all with a swarm of huge deposits around HMX.

Did you receive The Next Small Cap report on Segue Resources (ASX:SEG)? Since this report was released, SEG has been up as high as 130%. 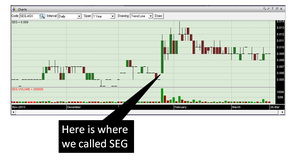 After $30 million has been spent in exploration at Kalman, the picture of what is down below is starting to become clearer: 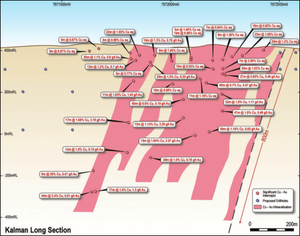 HMX’s plan at Kalman is to expand and upgrade the main deposit, with a view to building a processing mill on-site – then develop the numerous other projects around it. By doing this they will be essentially connecting two major metallic provinces – Mt Isa in the west and Cloncurry in the east – you can see HMX’s blue deposits wedged in between the two towns: 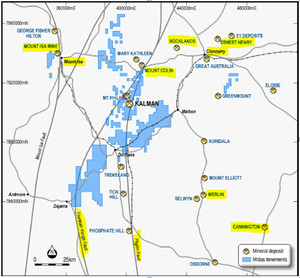 Almost all of the satellite prospects are within trucking distance, so each new discovery will add to the main hub at very little cost. As we mentioned earlier, Kalman lies right in between Glencore’s massive Mt Isa copper mining complex, and BHP’s equally imposing Cannington silver, lead and zinc mine. We think there might be a few more pleasant surprises waiting to be discovered in the middle! This is no wildcat, as almost $30 million has already been spent on the central Kalman deposit . It’s an advanced resource, just waiting to be grown and monetised – or taken over. Being surrounded by big deal mines operated by multi-billion dollar companies, all the infrastructure HMX could possibly ask for is already in place. This includes a railway that hauls thousands of tonnes of metal every month, just 20 kilometres away. We mentioned earlier that Kalman carries some of the highest grade molybdenum going around. HMX have previously announced pockets of moly grades at 0.58%: 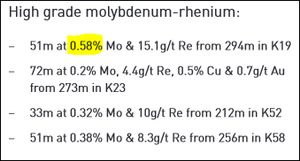 To put HMX’s 0.58% grades into perspective, the highest grade molybdenum currently in production has an average head grade of just 0.1%. Parts of HMX’s resource beats that by 500%! And let’s not forget about those 275,000 ounces of gold or 2.1 million ounces of our new favourite metal, rhenium. During 2008, drilling at Kalman hit 7.6 metres at 23.4% copper from 581.6 metres. Copper at 23% is close to unheard of in primary sulfide. That’s important because primary sufide allows for high metallurgical recovery – as opposed to near surface oxidised material. You want thicker intervals? How about 77 metres at 1.4% copper with 1.3g/t gold from 700 metres? There’s also 25 metres at 3.8% copper and 0.94g/t gold from 712 metres. Some seriously impressive moly-rhenium hits too... We mentioned before the 51 metres at 0.58% moly and 15.1g/t rhenium from 294 metres, but there is also 72 metres at 0.2% moly and 4.4g/t rhenium from 273 metres. Kalman is big. And it’s likely only going to get bigger ... it’s open all over the shop. With grades generally increasing with depth, a small exploration company simply could not ask for anything more. 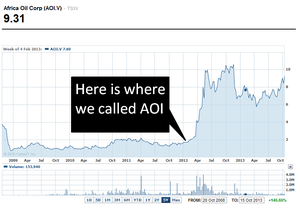 Now some more on Rhenium...

Rhenium is a pretty impressive rare metal – it’s worth $3.5 million per tonne. You can’t make a jet engine without Rhenium – it’s used to make superalloy turbine blades that need to function at extreme temperatures. 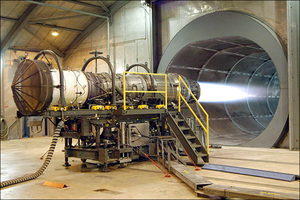 Because of fears concerning security of supply, rhenium prices experience periods of great volatility... prices were as high as $12 million per tonne five years ago .

So that $3.5 million per tonne is actually at the lower end of the rhenium price cycle! We mentioned before that miners in Japan go into live volcanoes with hand tools to dig the stuff out. You probably thought we were joking... but you can literally watch them in action below :

29-09-2014
ONE announces US $2.4M contract, leveraging Samsung and Microsoft partnerships