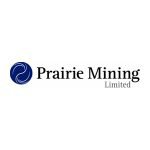 The European Union has determined Coking Coal to be its 2 nd most Economically Important Critical Raw Material. However, Europe imports 85% of its coking coal from abroad.

This opens the door for a local supplier such as Prairie Mining (ASX: PDZ, LSE:PDZ, WSE:PDZ), a company with an emerging Tier 1 coking coal that stacks up better than any of its peers.

PDZ looks to be smashing producers in other regions out of the park by being the lowest delivered cost supplier of hard coking coal into Central Europe.

And having completed a successful equity raise which has brought several high quality shareholders to the register, it is putting itself in a great position to not only capitalise on the lack of local European supply, but also potentially attract the attention of a major suitor.

PDZ has multiple tier one coking coal projects, a combined NPV of US$3.3BN (GBP2.54) – pre-tax – and projected annual EBITDA of $US630 million.

Those are some solid numbers across two projects that could soon lead domestic European coking coal supply.

So with coking coal making a swift comeback, PDZ is on course to potentially make a major move in the European market.

Prairie Mining Ltd. (LSE | ASX: PDZ) is gunning for a place at the mid-cap producer table sooner than analysts were expecting.

Is Top Coking Coal Contender PDZ Gunning for a Take Over?