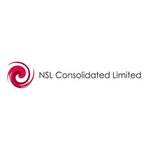 NSL Consolidated (ASX:NSL) is upping the ante on its iron ore play in Andhra Pradesh in India, a region which is set to play its part in one of the more bullish economic stories this century.

NSL has already received an advanced payment and dispatched deliveries, with Minera flagging its intent to receive 15,000 tonnes per month of the premium 60/61% Fe product for their operations.

Minera is one of the fastest growing steel manufacturing companies in India and this deal could really push NSL to achieve its goal of rapidly increasing its sales base.

NSL expects sales to increase month on month from now of between 5000 and 10,000 tonnes in August to achieve a run rate of 200,000 tonnes per annum in October – just a couple of months from now.

Meanwhile, NSL is currently in negotiations with customers including JSW Steel, Gerdau Steel, Srikalahashti and other smaller steel plants to further push its sales ambitions.

NSL has been busy ramping up its iron ore production, but also advancing work relating to a Binding Joint Venture Agreement for the establishment of a greenfield steel making plant in Andhra Pradesh.

Based on current Indian mining and pellet industry norms for integrated plants, this indicates a possible AU$44-$52 per pellet tonne operating profit for NSL.

The stars look to be aligning for NSL now as it looks to move its market cap higher than its current $45.4 million.

In this article, we’ll go through a re-fresher for those of you just coming to the story, but the news flow since we last caught up has been more of a torrent.

BHP and RIO Unable to Compete: Upstart ASX Miner is the Early Mover in a Growing Domestic Market