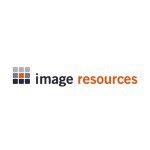 Catalytic converters, nuclear power, zircon… we’re sure these things were integral to the plot of some long forgotten science fiction movie.

But they are not.

In fact what these things all have in common is a company called Image Resources (ASX:IMA) – which is gearing itself to capitalise on the zircon market.

IMA is a zircon explorer that is about to beef up its Bank Feasibility Study in order to carve out a significant market share from under the noses of multi-billion dollar players Iluka and Tronox.

It can do so because it is smack bang in the middle of those two zircon giants.

Currently IMA is in the midst of a drilling campaign, and is on the verge of finalising a corporate transaction with a key Chinese resource fund…

China is important to IMA – and the zircon market in general – because the country is ramping up its nuclear capabilities (for good, not evil).

The deal with the Chinese group will give IMA a wet plant worth around $20M, amongst a raft of other sweeteners that will facilitate IMA getting into production and selling.

Now, those numbers are dependent on a number of assumptions that nay not necessarily eventuate – so don’t just go on this revenue potential alone when considering this stock as an investment.

And as Australia accounts for almost 40% of total global production of zircon, IMA intends to push that percentage even higher…

Image Resources’s (ASX:IMA) projects are smack bang in the middle of two existing zircon powerhouses, Tronox and Iluka, in the Perth Basin in Western Australia.